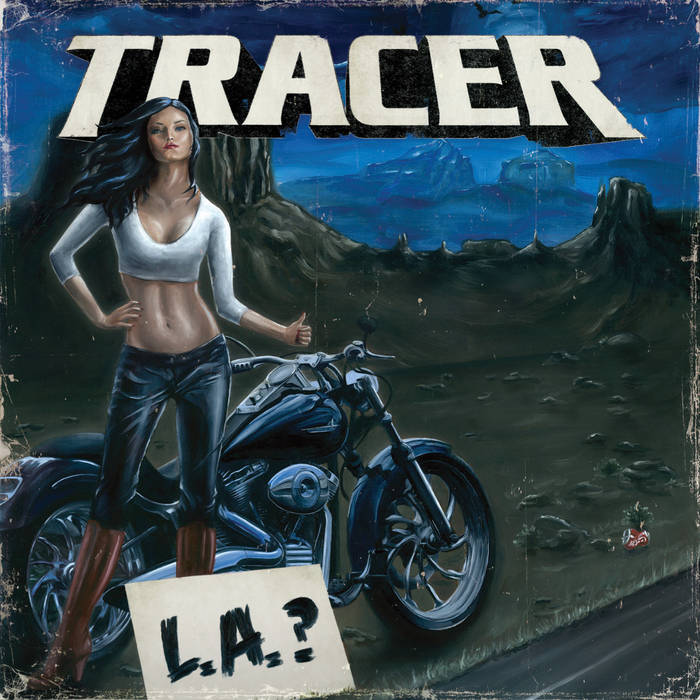 Harry Harrison Enjoy a good hard rockin’ album? Who doesn’t! If your tastes do tend to go elsewhere, then this album’s not for you. But if you do enjoy partaking of the odd rock-out session, then stick this in your head! Ozzys doin’ what they do best…..goin’ off like a frog in a sock. Guarantied to get your foot tapping rock with just a hint of stoner is what these boys do and they do it very well (I can hear touches of QOTSA in some tracks). Brilliant album from start to finish. Thanks Tracer. Favorite track: Don't Forget My Name.

"L.A.?" is Tracer's second album. Launched to a capacity crowd in their hometown of Adelaide, Tracer have since received rave reviews, airplay and substantial sales around the world.

"This is a flawless, perfectly executed half hour of pummelling. Full of complex, melodic riffs and relentless, uncompromising vocals." Nick Kays - thedwarf.com.au, February 2009